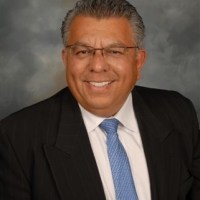 Chair of the Board of Advisors

Mr. Lizarraga is a 1980 graduate of the University of La Verne, with a Bachelor of Arts degree in Business Administration.  In 1986, Mr. Lizarraga obtained a Juris Doctorate degree at Western State College of Law and immediately thereafter obtained his license to practice law in the State of California.  Mr. Lizarraga, has had an active law practice for over 33 years specializing as general counsel in the public and private sector.  Mr. Lizarraga is also an accomplished court litigator, specializing in general and complex civil litigation.  In addition to being admitted to the California courts, Mr. Lizarraga is also licensed to practice before the United States District Federal Courts, both Central and Southern Districts, as well as the United States Federal Court of Appeals.  During his practice, Mr. Lizarraga has gained an outstanding legal reputation while litigating over 65 jury trials to completion and over 500 Court trials.   Accordingly, Mr. Lizarraga has been inducted into the American Board of Trial Advocates (ABOTA), a peer review organization that admits only those civil court litigators that have extensive jury trial experience and has conducted themselves among its peers in a consummate professional and ethical manner.

Mr. Lizarraga is also a member of the following Professional Organizations:

– American Board of Trial Advocates (ABOTA)

– Association of Corporate and General Counsel

– California Star Member of the YMCA

Mr. Lizarraga has been and currently is the chairman of the Board of Advisors to the College of Law.